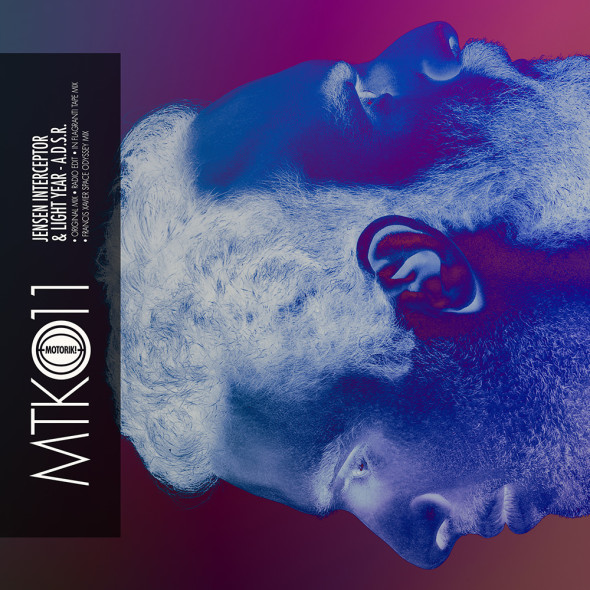 Once, two men stood together, basking in the adoration of the global megaelectrodance consciousness. Then, they fought over who got the most girls. When an independent moderator was unable to award either the title (It was found that Frank from The Finger Prince got the most girls), things got frosty and they resolved to go their own way. That’s just the sort of guys that Jensen Interceptor and Light Year are. Guys that pull chicks, and that are a little frosty – like a cool beer on a spring day in Sydney.

Wait. That’s not what happened at all, but who’s going to let the truth get in the way of a good promo blurb? No one, that’s who. Especially not the bit about Frank.

Meet the next step in our collective evolution. Our longtime homeboys have delivered unto you a dancefloor treat that promises to reward the daringest of file jockeys, taking USB keys to places never before seen. With the legendary Motorik Men’s Choir (aka P. Santamaria of CSMNT61 and Chief Blurb Officer V. Hermens) on pitched down vocals, it’s your passport to vocal nightclub pleasure.

We know, none of this makes any sense. What will make more sense, though, are the remixes. Oh, such remixes. In Flagranti take it to the bass guitar section and make it funkier than thou, whilst the aforementioned Frank makes his recorded debut as Francis Xavier, in a bone-chillin’ club version built for the most demanding of dudes that say “play something harder bro!”.

It’s odds-on the best promo you’ll receive ALL DAY. In fact, all week, if Turbo doesn’t send anything out for the next 7 days.

You know what to do.