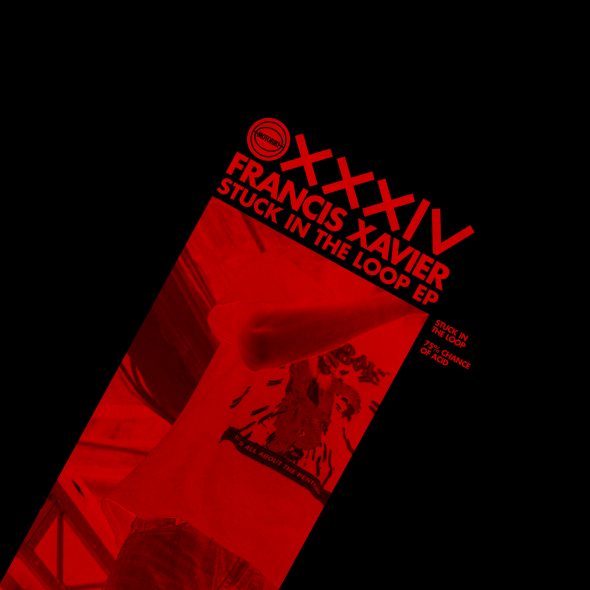 Francis Xavier, half man half machine. He blew the dust from his knuckles to pump out what may be the chuggiest chugger this label has ever seen. This track died and went to loop heaven. Made over a particularly hot Australian summer Francis locked himself in a Darlinghurst half house (AKA the studio) to make his most finessed burner yet.

The title track is with so much texture you feel like you can touch it – it sticks with you, and on to you. Stuck In The Loop is its name – all tactile. Stuck In The Loop is the soundtrack to the phuture, so don’t even worry that it’s from the now. It burns, it chugs, it flows and it gets down low. If you’ve seen the Frank man in the last few months DJing you would have heard this one and given your best a friend a hug on the dancefloor.

Francis only knows one kind of weather and that’s ACID. He can forecast it, he can call it and he can even make it from scratch. 75% Chance Of Acid is a 100% chance of a weapon. You know when it’s needed, you know how to use it so don’t be part of the 99% join the acid 1%.

Brought to you by the party folk you’ve heard on the radio, in the warehouse and at your m8s shed, you know what Motorik does for you. Stuck In The Loop EP is out September 14th.