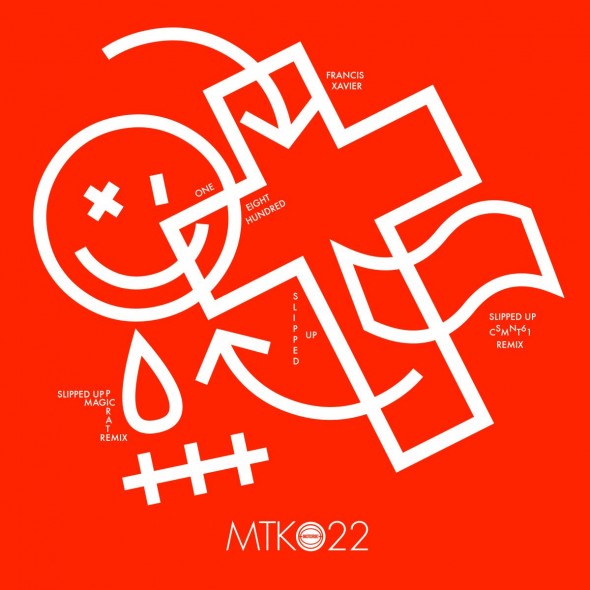 Once again into the madness. Its probably a few hours after midnight and youre in need of a hero. Someone to turn to when the rave needs to progress to the nek level. A hero who understands that you cant just pump out drop after drop. A hero whos unafraid to sing the praises of the gods of swing shuffle and groove. That heros name is Francis Xavier. After many thousands of hours of waiting whilst he tweaked the 808 caressed the 909 and begged the 303 and 606 to play nice the world is ready to dive into the vibe. An EP of exceptional flavour and complexity. A collection of tracks that verge on being songs but hold the flag of a sweaty basement club on high perfect for people who are high. Slipped Up is a booming gritty slice of ghettotechno taken to a higher plane. Jack Check. Pump Roger. Party Yep. Its one for late nights and flashing lights and the spirit of clubbing that never gets old no matter how sore your serotonin receptors are. 1800 is a refined partybomb the essence of Chicago filtered through Sydney in 2016. Its got that famous F. Xavier hook in the groove that toetap that raw yet smooth mouthfeel. It couldnt get any better than this if youre tired of the same old techhouse sound.

Remixes come from the local markets freshest picks: exBumblebeez man Magic Pirate aka cColo of MultiCulti whose insane hybrid of polyrhythmic funk and bombastic electronic gnarz has basically no compare. Hes fucking insane and sos this remix of Slipped Up. Brothersinguitars CSMNT61 could be accused of psychedelia on an austere astral plane here with their 100%% analogue take on Slipped Up hinting at their past as worldclass rock storytellers as The Lost Valentinos with a dissonant techno slice layered to oblivion and back again in glorious dancefloor release. A radiofriendly edit Could this be our best EP yet Maybe it is.