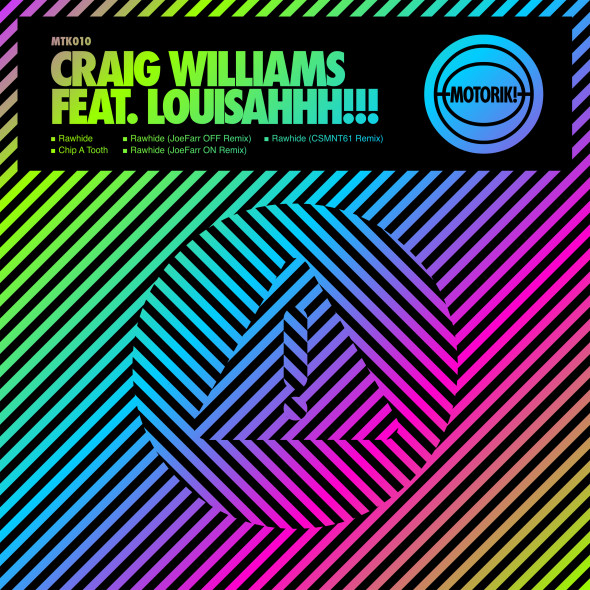 OH MY GOD YOU AREN’T EVEN READY FOR THIS. We’ve unearthed another Aussie gem in Craig Williams (who’s based in gritty Los Angeles, and will forever be known as The Goth Crocodile Dundee from here on in), through honorary Parisienne Louisahhh!!!, who, incidentally, sings on all these tracks.

This EP is sultry, sexy, and slamming. It’s got vibe from here to infinity. It really is a serious, head-down, get on the dancefloor type situation, with Craig’s srsly crisp production and Louisahh!!!’s (3 h’s, 3 !’s, never forget) tough-as-nails vocals.

And then… you have the remixes. Red-hot New Jack Techno legend JoeFarr has done 2 warehouse slammers, and MTK vibe councillors CSMNT61 dial up the lean to 11 and commence the laser beams.

Words probably don’t do this pack justice. We could throw down heaps more hyperbole, but just do yourself a favour and download it, ay?