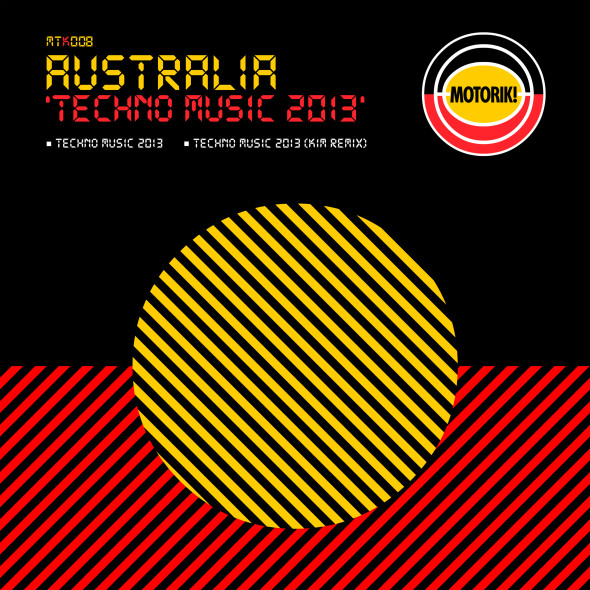 The Men meet Machine.
The Machine makes the Techno.
The Techno makes the Man.
The Man makes the Hoist.
The Hoist dries the Clothes.
The Clothes cover the Man
The Men cover the Classic.

Motorik is proud as a newborn’s father to present to an expectant world, our newest release: a cover of Juan Atkin’s seminal “Techno Music”. A powerwork. A creation of men in hammocks, of long lustrous locks and denim retailing titans. Men of different names, shapes and sizes. Men with awards and honours, but mostly just men with drugs and drum machines.

As a follow up to their internet smash hit, “Sydney On Acid” (released on maple syrup exporters du jour, Turbo Recordings), it’s at once both a discombobulation and a feelgood hit of the summer.

On the flip, a remix from internationally revered percussion icon K.I.M., taking his Kraftwerk obsession, distilling it into a pure lotion, and applying it liberally to the club, rubbing, squeezing and kneading those muscles.

Like no other drug, this is our country at the peak of our renowned sporting powers. Crack open a cold one and turn the volume up to 11, because this is Australia.

It isn’t meant to make sense. It’s meant to be a potato.