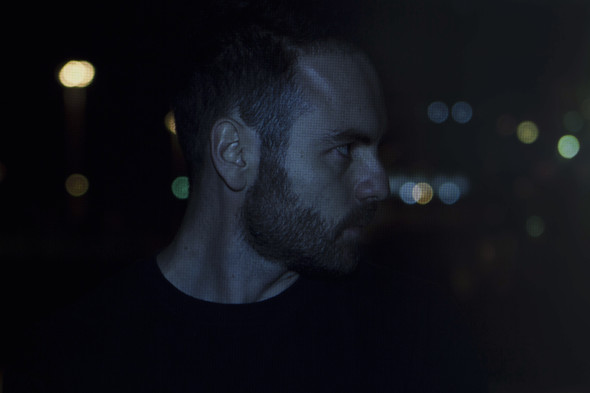 Jensen Interceptor releases his latest single ‘System Addict’ on Motorik Records, featuring and co-produced by the Sydney label’s own Frank Xavier. In celebration of the release, Motorik are packing their party credentials and hitting the road as they embark on their first official nationwide label tour this month, with the full Motorik Vibe Council crew sharing the stage with Interceptor himself.

Jensen released his debut EP, “Interception” in September 2012 on Motorik Records, going on to release collaborative EPs with label cohorts CSMNT61 and Light Year. ‘System Addict’ will be his 4th release on the label, with remixes on the package coming courtesy of Jon Convex (label owner of Convex industries, ex Instra:mental) and SCNTST (Boys Noize Records). The original is a portion of straight-up industrial tinged techno intertwined with funk-laced basslines that will wake you up at any given hour of the day. It’s looking like this EP is yet another home run on the Jensen front, no interception.

Interceptor’s sound is influenced heavily by years of touring the world as half of pseudo-kitsch, acid-electro force Light Year, boasting his own vast remix portfolio including re-works for Strip Steve, NTEIBINT, Hoshina Anniversary, Molecule, Eskimo Twins, Nickel (ex-Hey Today!) and Motorik label mates, The Finger Prince and CSMNT61. Take these as prime examples of his raw, unadulterated approach to creating a party-friendly come minimalistic-funk sound – a unique style that is currently being charted, championed and played by the likes of Gesaffelstein, Tiga, Brodinski,The Hacker, Boys Noize, Maelstrom and Black Asteroid.

Alongside the new Motorik release, Jensen has just given “birth to a new movement” and new record label – INTL.C, It’s the creation of Jensen Interceptor, Jon Convex and ViVi. The darker, sleeker underside of techno. Electric, driving, unpredictable.