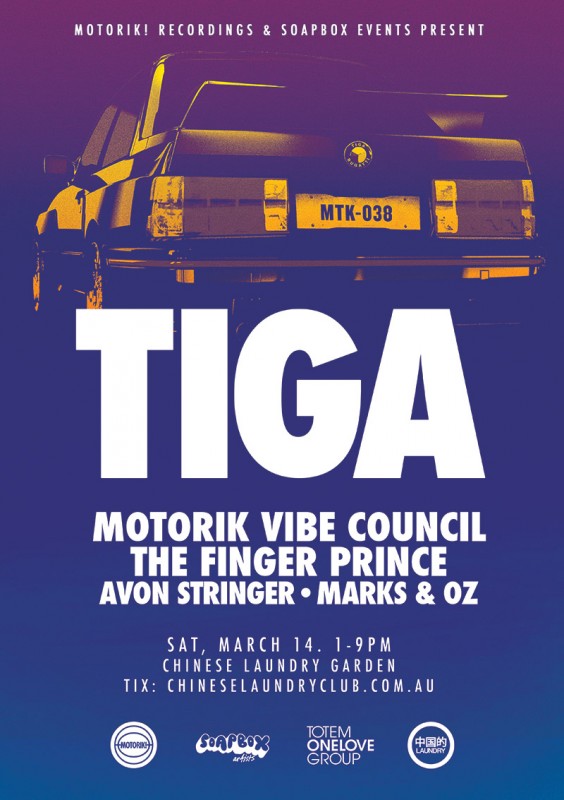 TIGA TALKS TO THE FINGER PRINCE FOR MTK!038

Angus Gruzman (THE FINGER PRINCE), who is currently on a European trans-dimensional journey in support of his alter ego, DREEMS, has literally just gotten off the phone with TIGA, who has landed on our fine shores to play MTK!038 in just a few hrs.

A hilariously bizarre conversation, transcribed below for your reading pleasure, ensued…

ANGUS GRUZMAN (AG): It was the coldest February in Montreal on record – what is your coldest record in Montreal ?

TIGA: I don’t really understand that question- but yeah it was so brutal this year it’s made me rethink life down to the core. I think secretly I always felt like when I die in a thousand years I will get some kind of bonus for having dealt with the cold but I’m not so sure about that now, on a few levels. I still love montreal but the secret is to go to Goa for 6weeks in the winter and Ibiza for 2months in summer. Cry for me.

AG: You were an avid ice-hockey fan as a young man. Was it the violence or agility that drew you to this ?

TIGA: It was the statistics.

AG: Have you ever written a song about your favourite player ? or perhaps a coach ? What would the hit be called if so ?

TIGA: Actually Hot In Herre was originally released as a b-side to my K7 DJ kicks 12inch – a-side of which was a track called Man Hrdina, which was a painfully clever play on Jan Hrdina, a totally midlever Pittsburgh Penguin. I also named Jespers Classic “forsberg loved the acid”

AG: Are you a gambler ? If so favourite subject/objects to gamble on ?

TIGA; I used to be. As a kid I loved it- I mean I really loved it and sought it out. I have it in my blood but two factors killed it off; one – I hate losing more than I love winning and two – it’s boring as fuck on a cosmic level.

AG: Cargo pants or stubbies when the sun gets too hot ?

TIGA: I don’t know what stubbies are. Are those shorts? I can rock pants when most men need shorts but I’m cool to rock shorts when the time is right.

AG: The perfect cap – its an eternal search for some. How has your journey been ?

TIGA: My journey has been a rich one- I wore the same “colonel” model army cap every single day to school from kindergarten to grade 4. Over the years Tokyo has emerged as my main source. I like a certain height- I can not deal with five panel. I used to like classic baseball too. I even tried a few rich guy style Hermes ones but you look mentally handicapped (albeit wealthy)

AG: You’ve just built your dream holiday pad – the last thing to do is decide on the centrepiece for the courtyard. Water feature? Rotunda? Nude sculpture of yourself?

TIGA: Some kinda giant incredible miniature tree with either a nice parrot (yellow Naped Amazon) or a nice delicate monitor like a lace monitor or something. I think u Aussies might even call me goannas. Stay real.

There you have it. Everything you never needed to know about TIGA. Thanks Gustavo!

Next stop MTK!038 TIGA at the DayRavé.

See you under the sunlight droogs.