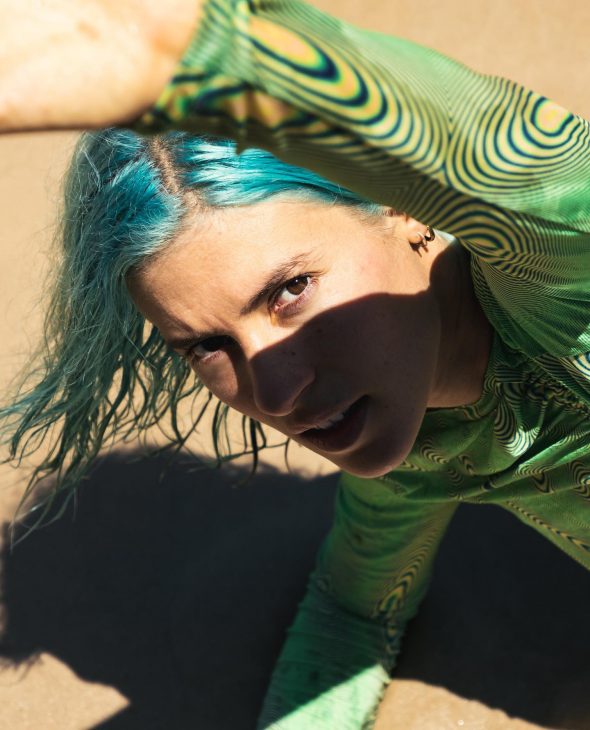 From throwing parties since 2011, to running women’s DJ workshops, to working on organic farms during the pandemic. Luen has been a hardworking and prized member of the dance music community for well over a decade now.
She’s hosted shows on triple j, FBi Radio and Skylab Radio, co-hosts the Beats of No Nation podcast, worked events with Ableton and VICE, and held free women’s DJ Workshops around Australia – teaching over 1000 female-identifying, non-binary and trans women how to DJ, connect with audiences and develop their sets.
In 2019, Luen waded into production with her self-released, self-titled debut Luen EP and followed up with self-released single Meow in 2021. In 2022, she makes her first appearance on Motorik! with her Strange Purpose EP.
Luen’s hardware-based production draws inspiration from nature by mixing samples, her own affected vocals and machine music to create blissful, low-slung late-night melodies.
To celebrate the release of the Strange Purpose EP, Luen is going on a national tour including shows in Sydney, Adelaide, Melbourne, Wollongong, and Newcastle, plus she’s supporting Peggy Gou on her upcoming Australian Shows. She’s following these with festival slots at Splendour in the Grass, Meadow Festival and Output Weekender.
Behind the decks, Luen takes a wide approach. She’s supported the likes of DJ Seinfeld, Mall Grab, Honey Dijon, Project Pablo, Mike Huckaby, Youandewan and Sleep D, played Boiler Room and DJ’d around the globe from Portugal to London, and New York to Peru.